Chrissy Teigen is in the news again. Only this time instead of reports of the model and TV personality quitting social media or clapping back at those criticizing her, it’s to apologize for her own past infractions.

Why did Chrissy get canceled?

After weeks of reports that most companies partnering with Teigen canceled their relationships, Teigen went on a modified apology tour. Though she’d previously posted on Twitter, this time the apology was more extensive.

On a post on Medium, shared partially to her other social streams Teigen said “I was a troll, full stop. And I am so sorry.” That might have been enough for some, but her apology was actually 1,136 carefully crafted words. In the post, Teigen blames herself and then talks about how she’s changed since she was accused of aggressively trolling a teenager and encouraging her to commit suicide.

The teenager in question was then 16-year-old Courtney Stodden who in 2011 married 50-year-old actor Doug Hutchison. Teigen wasn’t alone in her criticism. As reported by the Daily Beast, even Anderson Cooper piled on by comparing Stodden to a stripper.  “There were a lot of celebrities acting like playground bullies,” Stodden said in the recent interview.

Teigen doesn’t seem to want to believe she was one of them, and her apology goes on for a bit talking about herself and how painful this experience is to her. She also talks about how she’s changed as a person, and how back then maybe she wasn’t even that bad after all.

“I wasn’t mean in my everyday life. More than once, someone would come up to me and say, “You’re so much nicer in person.”

Celebrities in public vs. their private selves

I’ve met Chrissy Teigen in person* and she really does come across as exceptionally nice. But then again, wouldn’t any celebrity who was meeting a journalist about to write about them? And I think that is a huge part of the disconnect. Celebrities almost always know how to play nice when the cameras are rolling or they’re being interviewed. Based on the daily bloopers of the rich and famous — not to mention the daily Twitter tirades of our past president— they don’t always know how to edit themselves online. This leads me to the Teigen apology.

In addition to being a culture journalist and author, I’m a frequent ghostwriter for  the influential, rich and famous. Before writing a single word, and whether it’s an entire book or an op-ed, I study the way they present themselves, their speech patterns, the way they respond to others and more. After all, if something has their byline and not my own, shouldn’t it sound like them?

I also work with celebrities on creating or expanding their brand hallmarks and product lines. The vast majority of the time, products we launch have precious little to do with the person they actually are, and everything to do with the celebrity their fans admire and hope to emulate.

Where were the 50 Shades of brown?

Lin-Manuel Miranda received his own share of criticism this week when the film version of his hit Broadway musical, In The Heights set in New York City’s Washington Heights neighborhood, was released. Those of Afro Latino/Black Latinx heritage spoke up about feeling pain at not feeling represented by the predominantly light-skinned actors in the movie.

Like Teigen, Miranda apologized publicly. And since most of us love Miranda, there was a quick round of forgiveness. Still, others reminded Miranda that the same criticism was offered a decade ago when the play was on Broadway. I’m not going to delve into this more deeply since I’m not part of either of those communities and so this isn’t my comparison or criticism to make.

As a writer and marketer, I’ll focus on the apology posted by Miranda on Twitter instead. Miranda is a brilliant writer and creator, yet this apology feels a bit like cotton candy. It appears to be substantive, yet when you go in for a bite there’s not much to sink your teeth into.

According to his post, Miranda is seeing discussion. He’s hearing the hurt and frustration. He’s holding space for both pride and accountability. I don’t know about you, but I kept waiting for the deeper feels to come across.

Interestingly enough, I take no issue with either Teigen or Miranda for these apologies feeling somewhat insincere and in the case of Teigen, overproduced. I do, however, wonder about their content team, ghostwriters, and PR reps who didn’t encourage their clients to bleed a bit more in their statements.

Both Teigen and Miranda are phenomenally successful celebrities who messed up in varying degrees, were held accountable, and later apologized. They also both happen to be people of color who fought great odds to reach their levels of international fame. In reading their apologies, it felt a bit too airbrushed. A bit too disconnected. More than that, the apologies felt mechanical.

For anyone who’s been on the receiving end of social media hate, the instinct is almost always to move on as quickly as possible and in any way possible. In these two instances though, the apologies felt less apologetic and more soundbite ready.

My takeaway? Authenticity means a lot more when apologizing than trying to sound a specific way. When the dust settles, Miranda will likely be more inclusive in future projects and Teigen will be extra cautious before speaking publicly. Then again, if they aren’t, these apologies might not hold up a second time around.

*See the top photo, taken by me about two years ago 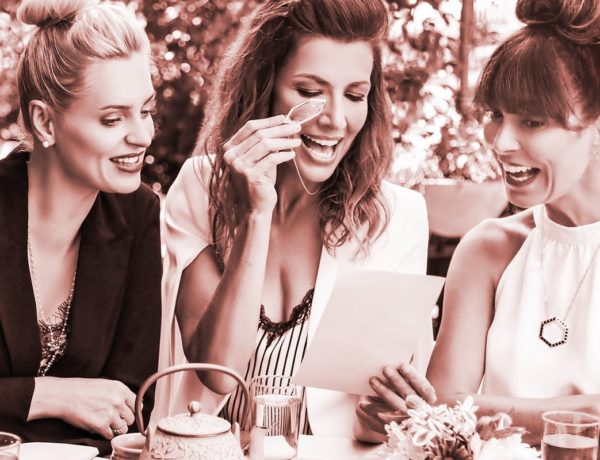 The Beauty of Reinvention